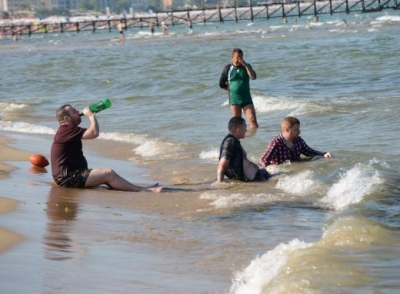 These 3am one hour shifts were starting to get a bit annoying. I'd been getting up at 2.30am, having a coffee to wake me up and then found out that for the life of me I couldn't get to sleep again afterwards. I didn't want to be wandering around Sunny Beach twiddling my thumbs at 4am every morning. Sometimes I was only earning 3 leva a day and at this rate I was spending it all by 5am every morning.

But I had an idea, I'd try substituting the 2.30am coffee with 50g of Rakia 'на екс' from the 24 hour bar next to the bus station. Surely that would wake me up ready for my shift and then hopefully I'd be tired enough to get back to sleep afterwards. I know this sounds a bit like alcoholic behaviour waking up and having a shot of Rakia but I just couldn't think of any other solution. I'd have to buy some chewing gum as well, I couldn't be breathing Ямболска Гроздова (it was 80 cents for 50g in the 24 hour bar) all over the tourists at half 3 in the morning, even though most of them were fairly well inebriated by that time themselves anyway. Sure enough it worked quite well and it became a bit of a tradition for me on my 3am shifts. I was careful however not to follow the Rakia up with anything else because the Bulgarian saying 'Без едно мога, с едно не мога' usally does well and truly apply to me.

With at most three or four hours of work a day doing transfers I had bucket loads of free-time. I tried my best to keep fit and, preferring swimming to the gym, tried some sea swimming at first but I just ended up bumping into people on pedalos, swallowing whole waves at once and making girls scream by inadvertently popping up right next to their rubber dinghies. I think half the problem was that I had these huge green scubadiving goggles on that made people look twice at the best of times. It wasn't really my fault, they were the only goggles they had in the beach shop. Starting to get a bit worried that people were thinking I was some kind of perv swimming around in no particular direction and being too much of a scaredy cat to go too far out I set off to find a swimming pool. I wasn't too hopeful, hotel swimming pools were invariably too small to do laps and you had the added danger of divebombing kids breaking your back. A boy from the office said he thought 'Hotel Europa' might have a decent outdoor pool so off I went. When I walked round the back of 'Hotel Europa' I was suprised to see that it didn't have a decent pool at all. The pool was amazing! A full-size 50 metre olympic pool with crystal clear water, overlooked by sand-dunes and absolutely no one inside it. I had a chat with Ivan, a Bulgarian man about 50 years old, white hair, tanned to a frizzle and who was the lifeguard and pool maintenance guy, we got on well and he told me to come and swim whenever I wanted. Great! 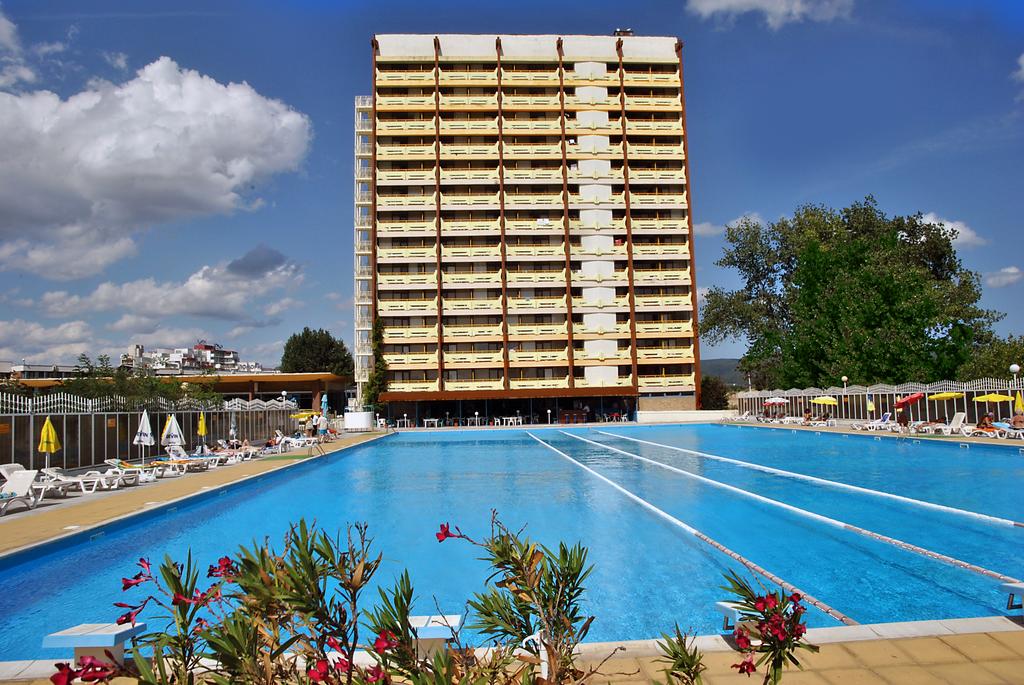 I, along with all the other couriers, were staying at 'Hotel Crystal', about 400 metres from the beach. I don't think any proper tourists were staying there, it was just us and different employees from other companies working in Sunny Beach as well as the odd out of town policeman. There wasn't a restaurant, pool or anything like that, but it was perfectly clean and tidy. One of the policemen stopped me in the corridor one day and asked if I would be prepared to translate sometimes in the police station for foreign tourists. He said the pay was 20 leva for a few hours work, so more than happy to boost my finances I agreed and gave him my number.

The very next day I had a phone call asking me to go up to Sunny Beach police station to do some translating for an English man who had had his wallet stolen. When I arrived I was pointed towards a group of young English boys, probably 18 or 19 years old. The boy who had had his wallet stolen looked like he'd had a rough night and was looking rather sorry for himself. I had to translate, to a very stern looking policeman. a detailed account from him about what had happened. It did test my Bulgarian skills because some of the vocabulary that came up never appeared in any of my text-books. It didn't help that he was from Liverpool and was using so much slang that I had to translate in my own head into English first before eventually coming out with the Bulgarian. It turned out that when he was resting on a bench after a few too many drinks a "well-tanned" local girl (gypsy to me and you) sat next to him and ever so kindly and generously offered him a blow job for 15 leva. Not one to turn down such a generous offer he promptly accepted and they went into the toilet of a nearby bar, she pulled his tousers down, got to work and he sat back, closed his eyes and thanked the lord for such a good stroke of luck. It was only when he was walking down the street with his mates and a big smile on his face a few minutes later did he realise that all his pockets were suddenly empty. Wallet, cash, cards, keys, everything gone. He and his mates spent the next 3 hours hunting for the girl high and low but she was never to be seen again.