Not in the dictionary 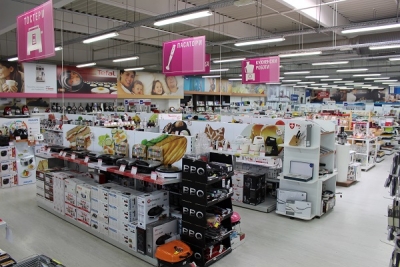 The weeks were ticking by and I had settled into a routine: library in the morning for a couple of hours trying to revise all the Bulgarian that we had covered in class the previous day; lunch in the canteen in my tower block (I had now worked out they sold burger and chips and a portion of spicy peppers); 4 and a half hours of Bulgarian classes in the afternoon; bowl of pasta cooked on my newly acquired small hob in the evening before watching either a football match or 'The Slavi Show' on my illegal cable TV.

I had now been in Bulgaria for a couple of weeks and being the end of October it was starting to get rather chilly. I did have a radiator in my room but it didn't seem to be working . Apparently it was all centralised and the switch-on date hadn't arrived yet. So, as I did for anything that I needed information for, I went down to ask Ivo the security guard. I got on well with Ivo ever since I told him I was a Liverpool fan. He would always go out of his way to help me even if it meant him physically taking me to wherever it was I was looking for after he had finished his 24 hour shift. I asked him one day where I could get my jacket dry cleaned. He told me to bring it down and as soon as his shift finished at 8 in the morning he took it himself to the dry cleaners. I didn't want to create work for him, especially after such a long and tiring shift but he insisted. In the afternoon there was a knock on the door and Ivo was there with my dry cleaned jacket. It came to 9 leva and 95 stotinki. I gave hime 10 leva and told him I didn't want the 5 stotinki change, but he insisted on giving it back to me. It was only a small gesture but something I really appreciated.

This time I asked Ivo why the radiator in my room wasn't working. He told me that I needed to go and buy a heater. Again he gave me directions but this time I already knew where the 'Technomarket' shop was because I had been to get my television from there with Marta and Sylvia. As I did everytime when I knew I would have to engage in conversation with Bulgarians I went up to my room and looked up the important words in my dictionary. 'Heater' turned out to be a very easy word: 'Печка' (Pechka). Up I went to Technomarket and started to look around for the heaters. If I could find a heater without having to try to talk to one of the staff even better. Round and round the shop I went but I just couldn't find them. Getting increasingly frustrated I knew I had to bite the bullet and try my Bulgarian. So I found a boy donning a blue T-shirt uniform with denim jeans and asked in my rehearsed on the bus Bulgarian 'Excuse me, where are the heaters?'. For some inexplicable reason, and doing my confidence no good whatsoever, he burst out laughing. Exactly the response you're afraid of when trying to talk in a foreign language. Luckily enough I had also rehearsed for the scenario of him not understanding my questions so I started to explain 'It is cold in my room, I need a heater to heat it up'. This seemed to make him laugh even more and now a couple of his colleagues came over to see what the fuss was about. Hoping they would prove a bit more helpful I again said 'I'm looking for a heater, I can't find them anywhere'. All three of them then started laughing uncontrollably in unison and one of them asked me 'How many heaters do you want?'. So I told him in broken Bulgarian that it depends, if it was a big heater only one but if they only had small ones that I might need two. Yet more laughing ensued before one of them came up to me, squeezed my shoulder, gave me a couple of pats on the back and finally took me to where there were a few small heaters on show. I took the one I thought was least likely to burn down my tower block and made my exit while the three boys were still retelling whatever big joke it was to the rest of their colleagues. I didn't think I sounded that funny when I talked in Bulgarian? Obviously I needed to work on the accent.

As soon as I got back I plugged the heater in and got my dictionary out. It turned out that the word for heater was 'Pechka' (печка) but I had mistakenly memorised it as 'Pichka' (пичка). This must have been the cause of the laughing so I immediately started looking up 'Pichka' to find out what I had been asking for by mistake. But 'пичка' wasn't in my dictionary. Strange. I went down and asked Ivo only for him to raise his eyebrows as high as he could and to cover his mouth with his hand. There was a boy sitting with Ivo in his office and he came over with a big grin and said 'Pussy, pichka means pussy'. I see, I had actually asked the boys in the shop 'Where are the pussies', told them that 'I need a pussy to warm my room up' and that 'if it was a big pussy I only need one'. I suppose that's how you learn the words that aren't in the textbooks or dictionaries.

More in this category: Масата (The Table) »