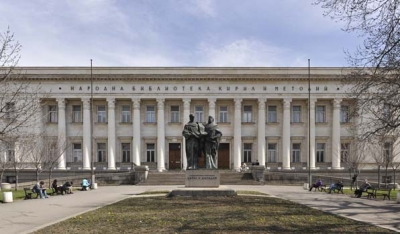 Lessons started at 13:30 so I got up early, had my cereal and milk and headed for the National Library in the city centre that I had found in my guidebook. The National Library was a grand looking building, with large imposing pillars adourning the facade and with a well kept garden and statue in front of it. There were benches dotted around outside with people sitting eating breakfast, drinking coffee or engaged in an early morning chit chat. It seemed a nice place that I'd enjoy coming to do some studying and would also give me a chance to come into the centre for a change of scene.

Now I had been in many libraries since I was a kid and everything was pretty straightforward. You walked in, chose a book if you wanted to, sat down somewhere and either read or did some work. As soon as I opened the massive brown door that was only half ajar I was again confronted with a security guard, this time with an electronic barrier blocking my path. I didn't know what I was supposed to say to him so I said 'library' and pointed inside. He pointed me across to a desk where an official looking woman was sitting. I didn't really want to start trying to talk to everyone in the building, I just wanted to find a desk, get my textbook out and start studying. I made my way over to the desk nonetheless and again unsure of what to say asked 'Library....can I go inside?' She looked at me confused, gestured for me to sit down and then reeled a lot of Bulgarian off at me. I couldn't catch what she was on about so I just returned the confused look. We somehow worked out that we both knew a little bit of French and she seemed to be asking me if I wanted to join the library. I didn't plan on taking any books out so I said no, I don't want to join the libary thank you. That appeared to flummox her and we were back shooting confused glances at each other. Luckily a boy interrupted us to ask the woman a question and she roped him in to translate for me as it turned out he had very good English. He asked me where I was from and said that he knew straight away I was a foreigner as no Bulgarian would ever be walking round with just a T-shirt on on a cold October day. It seemed quite warm to me, defintely too warm to be wearing a thick jacket like his. 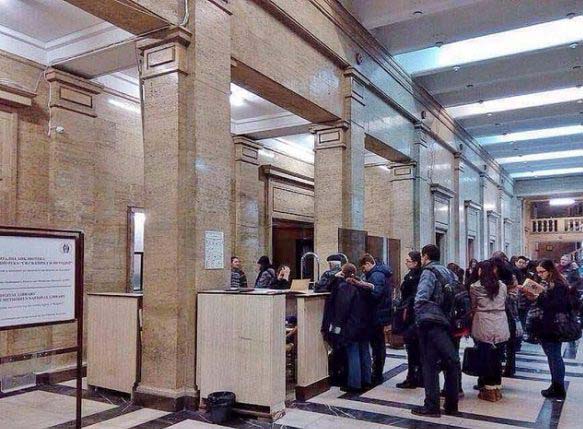 Eager not to get talked into joining a library that I never intended to take any books out from I told him I just wanted to look inside. If I could just get inside I could find a desk and carry on with my work. The woman escorted me inside and I thanked her, trying to politely make it clear that I was capable of looking round on my own. She finally, although begrudgingly, left me alone so I sat down on a desk, got my books out of my bag and started learning a long list of Bulgarian words we had covered in class the previous day. It wasn't long before I noticed a girl slowly walking back and fore infront of my desk as if she was looking for something. I smiled at her and carried on working. Two minutes later the woman at the desk and the security guard were standing right in front of me. I stopped working and looked up, the woman pointed at a number that was on my desk. Even though it was written on a big yellow sticker on my desk I hadn't really noticed it. The two of them motioned to me to get up and leave. I was quite taken aback, I'd never been asked to leave a library before. So I got my bag and my books and left. I knew there must have been something I missed, maybe you weren't allowed to sit in this part of the library with yellow stickers and numbers?

A bit frustrated that I hadn't managed to do any studying I made it back in plenty of time for classes at 13:30 where we again went at lightening speed hoovering up new Bulgarian words and phrases. I'd definitely have to go back to the library the next day and find the area where you were allowed to sit down and study. I enjoyed the Bulgarian classes, they were good fun and Milanos had me laughing incontrollably at the most inconvenient moments. Valentina the teacher would keep us on our toes by picking one of us at random for a question. Milanos would invariably not understand the question and would always get the wrong end of the stick. Valentina would ask him how he travelled to classes each day and he would start telling her about Cyprus airlines. Milanos was quite a fan of Cyprus airlines and would get up and show the teacher his Cyprus airlines keyring even if she had just asked him how many brothers and sisters he has. Maybe this was a good strategy because, fed up of Cyprus airlines, she would wave him to sit down and move on to the next person.

In the evening I was still wandering round the little supermarket looking for food but I had now also found the fruit and veg shop just next door. I preferred going in there because you could see and point at everything. For some reason I had come to think that 'How much does it cost?' in Bulgarian was 'Колко е наемът?' where in fact this meant 'How much is the rent?'. So I would go in the fruit and veg shop, point at the cucumbers and ask 'краставици...колко е наемът?'. The young lady working in there would understand me so never corrected me, leading me to confidently assume that I had mastered this part of the language. I used this in every shop I walked into, even when buying a newspaper I would say 'Вестник...колко е наемът?'. It didn't help in the fruit and veg shop that I would also get 'краставици' and 'красавици' mixed up and end up asking 'красавици....колко е наемът?' (How much is the rent for beautiful women?) 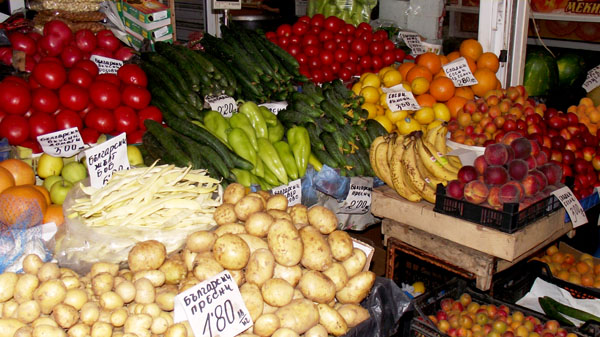