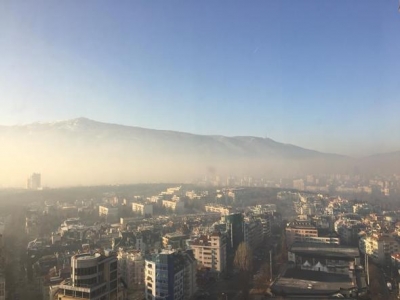 'Връщам се от село' (I'm on my way back from the village) was the only phrase I had managed to remember from my new Bulgarian phrase book. In my job as a holiday rep I had grown tired of looking after grannies and granddads on holidays in Tenerife and, being only 24 at the time, had started to miss young people and student life. I had got to know a couple of Bulgarians working in the same hotel as me in Tenerife and so the idea was born for me to go and learn Bulgarian. 3 months later I was on the plane to Sofia for a 9 month, 4 hours a day, intensive language course.

I didn't know anyone in Bulgaria, I didn't know any Bulgarians, I didn't really know anything about Bulgaria and was accompanied by my one and only phrase 'Връщам се от село'. I did try out this phrase at a shop on the second day when the woman shopkeeper asked me a question I didn't understand. She gave me such a strange look after I said it that I didn't dare tell anyone ever again that 'I'm on my way back from the village'.

Sofia looked huge to me from the air, white tower block after white tower block. There is also a beautiful mountain overlooking the city but I was too busy gazing at the white tower blocks, wondering if one of them would be my new home, to notice. The Bulgarian man sitting next to me confirms 'yes, this is Sofia' after I had asked him, much to his amusement, whether a couple of previous villages we flew over were Sofia. There is no mistaking it really, it looks vast.

Even from the passport control queue it is obvious that Bulgaria is different to any place I'd been before. There were no seats positioned round the waiting hall, no carpets, no pictures or posters on the walls, just 4 kiosks where big, serious looking men in green uniforms were instructing the arrivals forward one by one. They didn't seem to say anything to anyone, there wasn't any pleasantries being exchanged, no 'enjoy your stay'. When they finished with one person's passport they just handed it back and glared at the next approaching person. The hall we were in must have been 4 or 5 metres high and was painted green to about shoulder height and then white. It might just be me but everything seems a bit tense, a lot of unknown voices speaking in a strange language.

I'm really relieved as I make my way past the passport control man, who seems to be lingering a bit longer than usual over my passport and visa, that one of the Bulgarians from Tenerife has asked 2 of his friends to come and meet me. Two Bulgarian girls, Sylvia and Marta, are indeed waiting for me in arrivals holding up a hand-made sign with my name on it. They welcome me to Bulgaria by offering their hand for a handshake. I bypass the hand and go for the kisses on the cheek (I duly dropped this custom a couple of months later after being politely told by a Bulgarian friend that in Bulgaria it is not normal to kiss every girl you get introduced to). In Tenerife I'd only just got used to the cheek kisses, which seemed to be the norm there, so I was a bit miffed that I had to revert back to the handshakes.

Determined to live as much like the locals as possible I turned down Sylvia's and Marta's suggestion to catch a taxi from the aiport to my student accommodation and insisted on the bus. Marta insisted on getting the tickets and duly punched a hole in each one in a little metal box that I was inadvertently standing right in front of. A few seconds later a stern looking woman pushed my elbow, said something undecipherable to me and pushed a bus ticket at me. I didn't have a clue what she said to me so I came to the conclusion that she must be giving me a spare ticket that she had no need for. So I said 'Blagodariq' (the difficult to pronounce word for thank you that I had just learnt from Marta and Sylvia) and put the ticket in my pocket. Before the ticket touched the bottom of my pocket the woman unleashed a volley of very cross Bulgarian at me. Sylvia laughed, quickly snatched the ticket, punched a hole in it and handed it back to the woman. I didn't put a Bulgarian's bus ticket in my pocket ever again. 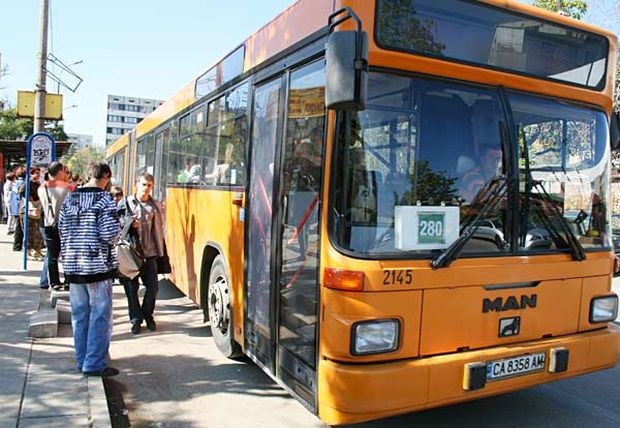 We arrived at our stop and with a few heavy bags in tow I clambered down from the bus and into the cold but sunny Sofia morning. It was a very busy bus stop on the side of what seemed to be a motorway, judging by how fast the traffic was wizzing by. A large hotel, which I soon learnt was 'Hotel Pliska', towered over all the people waiting for their bus. The first thing I noticed as I followed Marta and Sylvia through the crowd was a really big Gypsy woman in a floral dress, holding some flowers and sitting on a wall with 3 or 4 dogs sniffing around her. She must have sensed I was looking at her as she turned to me and looked me up and down. I darted my eyes away and saw that I had to squeeze inbetween 2 cars parked on the pavement. Already feeling like I was sticking out like a saw thumb I accidentally set one of the car alarms off with my bag making sure that no one missed the foreigner who was trying to pass by unnoticed.

I quickly looked around me for the car owner so I could do some proper British apologising but Marta gestured to me to just carry on walking. It was a 5 minute walk to my accommodation which indeed did turn out to be one of the tall white tower blocks I had seen from the plane. The girls negotiated my  room key off the security guy at the entrance and soon we were making our way up a lift that didn't have a door or sides to my room on the 6th floor. The white tower block that was my student  accommodation was spartan on the outside and spartan on the inside. My room was 613 and as we approached I saw that a large penis was drawn on the door with 'Happy Berthday' scribbled above it. As it happens it was my Birthday just 2 days previously, so I took it as a thoughtful and somehow well-informed welcome.

I suppose theoretically my room was 'en-suite' but I don't think that would be the word I'd choose to describe it. Looking around I was trying to find something positive to say without sounding completely false. But on this occasion I just couldn't. The bathroom had only been plastered in parts leaving pipe-work and brick work of the inner wall showing, a dark grey concrete floor with a metal pipe stuck to the wall for a shower. Half way down the metal pipe there was a tap as if for a bath, but there was certainly no bath. A few cockroaches made a hurried exit between the bricks when I flicked the light on. I walked towards the window confident that I could compliment some sort of view. No luck. There was a huge grey building site right opposite. They would finish the shopping mall a few months after I left. I had a bed, a pillow, a couple of blankets and a desk.

Marta and Sylvia saved me from having to think up something positive when they broke the increasingly awkward silence by saying it was nicer than their student accommodation in some place called 'Studentskigrad', or student town. At least I know not to request a transfer to there. We said our goodbyes and we made an arrangement to meet up tomorrow for a trip into the city centre.

I phoned back home in the night to say I'd arrived safely and to tell my mum I hadn't been kidnapped yet, bought a local newspaper and found a pizza place. As I'd been working as a holiday rep until now I was used to having meals on my own while pretending to look busy reading a newspaper. Within 5 minutes of looking at my newly acquired Bulgarian newspaper I realised that it is actually quite hard to pretend to read a newspaper that is all written in an alphabet you don't understand. If it wasn't for the pictures I wouldn't have been sure which was the right way up. I ordered a large beer which came half beer half froth. Not happy about the badly poured pint I slurped up a bit of the froth and asked the waitress if she could top it up so I actually had some beer in the glass. "No" came the immediate response. That was it. No explanation, no embarrassment....."No". This was my first experience of a Bulgarian waitress and although it seemed particularly blunt and not very customer-friendly at the time, there was something that I quite liked about it. You know your place, no messing around with pleases and thank-yous and sorries.

I'd expected to feel a bit nervous and anxious coming to a new country with a seemingly endlessly complicated language without any friends or anyone I knew. But oddly enough I was feeling good that first night lying alone in my bed listening to the crockroaches scurrying along the walls as soon as I had put the lights off. I was really looking forward to learning the language, making Bulgarian friends and to experiencing what was for me a whole new world, a world where I just had no idea what to expect and where it would take me. 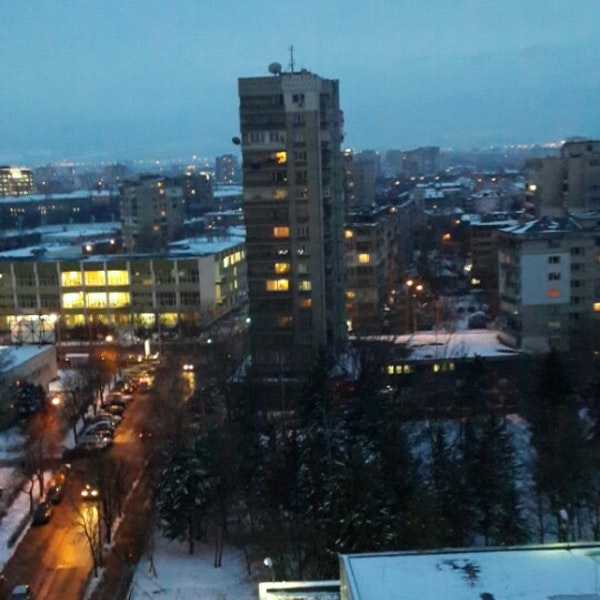