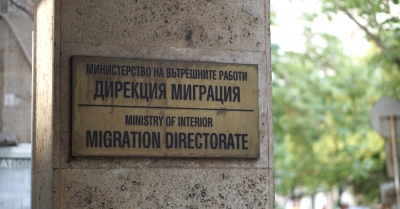 It is now just over a month that I have been in Bulgaria. The lessons are going well, I can understand quite a bit of what is going on and I'm even receiving a few compliments for my Bulgarian, which is really pleasing. I have picked up a few slang words like 'бачкам' (to work) and 'поркам' (to booze) which seems to make some people laugh when I throw them into a struggling conversation. In fact I probably go over the top with these slang words as I resort to them whenever I can't think of anything to say. Now come to think of it, Dimo, a friend of Ivo the security guard who is regularly sitting in Ivo's office watching TV and chatting taught me a really good word a few days ago. Dimo is a Bulgarian boy, probably about 20 years old and who speaks good English but with a thick American accent. Dimo always speaks to me in English even though I always try to speak to him in Bulgarian. A lot of Bulgarians speak very good English so you have to be really stubborn about speaking in Bulgarian if you want to practice. There are some people who insist on speaking to me in English and I insist on speaking back to them in Bulgarian. We get some strange looks on the bus.

But Dimo told me about this word 'такова'(takova) which he said is really useful. Now there is not really a translation for this word as it can mean anything, and when I say 'anything' it really can mean anything. It can replace any verb and any noun and Bulgarians will somehow magically know what you're talking about when you use it. Since Dimo taught me 'такова' I have started hearing it in almost every other sentence that Bulgarians speak. I can't believe I haven't picked up on it before. I must admit I really love this word because I have found I can use it as a good way to steal me a bit of extra time to work out how to say what I want. If you pretend to look thoughtful and say 'такова' at the same time it makes people think you've understood what they've said and are mulling it over in your mind. I can also use it to bring an end to a struggling conversation (I have a lot of these at the moment because I can't really express myself and I need a few minutes to work out what the other person is saying). So when someone says something to me I don't understand I can just say 'добре добре, виж трябва да таковам' which basically means 'ok ok, look I have to go and do something'. Sometimes you can even hear a Bulgarian walk into a shop and start with 'трябва ми такова' which means 'I need that thing'.

You can start sentences with 'такова', you can end sentences with 'такова', you can even say 'трябва да таковам таковата' which is saying that you have to do that thing to that thing. This doesn't sound right in English but in Bulgarian it seems it is perfectly acceptable to 'таковаш таковата'. What a magical word! And why isn't this word on the first page of every Bulgarian textbook? I know it isn't exactly good Bulgarian but it is so damn useful in so many situations. Having 'такова' in my vocabulary made me a bit more confident in conversations knowing that even if I didn't know what something was called I could just call it 'такова' and no-one would bat an eyelid.

A hot topic amongst my classmates at the moment seems to be the renewing of visas. For some reason everyone seems quite worried about this and the unanimous concensus is that you are better off going with someone who can speak Bulgarian. To be honest I didn't even know I had to renew my visa, I had applied before I came and I thought that was the end of the story. But as the Syrian boy in my class 'Faraz' pointed out my visa was only valid for 90 days meaning I had to renew it. I wasn't too sure about this so on one of my daily trips into Sofia centre I decided to drop in to the British embassy for confirmation.

Maybe I was just a bit naive but just 'dropping into' the British embassy wasn't as easy as I had thought. First of all the street it was on was closed off meaning I couldn't get anywhere near the front entrance. A policeman told me the entrance for enquiries was actually round the back. So off I went down a back street trying to find the back entrance to the British embassy. I had to meander down narrow passageways with tall walls on each side, below fire stairs. This surely can't be right, I was expecting to walk into a grand reception with flags on each side, marble columns everywhere and to find a very helpful young British woman who would immediately and ever so politely come to my aid and explain everything. Perhaps she would even sort my visa out for me.

That proved to be wildly optimistic as when I finally found the back door, and it really did just look like the back door of an office, I found myself in a small, empty room painted floor to ceiling in sterile, light blue. There was a little counter with the blinds pulled down and a small red bell button with a notice saying 'Please push for assistance'. I was in complete silence, there was no one else in the room and it seemed as if there was no one else within 500 metres of the room. I thought I must be in the wrong place but pushed the red button nevertheless. The button didn't make any noise when I pushed it, so I waited a couple of minutes and then pushed it again. Nothing. I was just about to leave when I heard someone coming down some stairs and alas a British woman did appear through a door. I showed her my visa and asked if I needed to renew it. She confirmed "yes, on Maria Luisa street, but take a Bulgarian with you". And that was that. It did sound a bit ominous, why was it so important to take a Bulgarian with you? Surely the renewing visa department, wherever it was, was fully used to foreigners renewing visas and anyhow how hard could it be?

Although I was reticent to take someone with me I was also a bit irked by the sharp intake of breath and sympathetic look that people gave me as soon as I mentioned that I was going to renew my visa on Maria Luisa street. Faraz had renewed his visa in the same place the previous year and kindly offered, insisted actually, to come and help me. My suggestion that I might be ok on my own caused him to giggle uncontrollably and say 'no no no no' about fifty times. 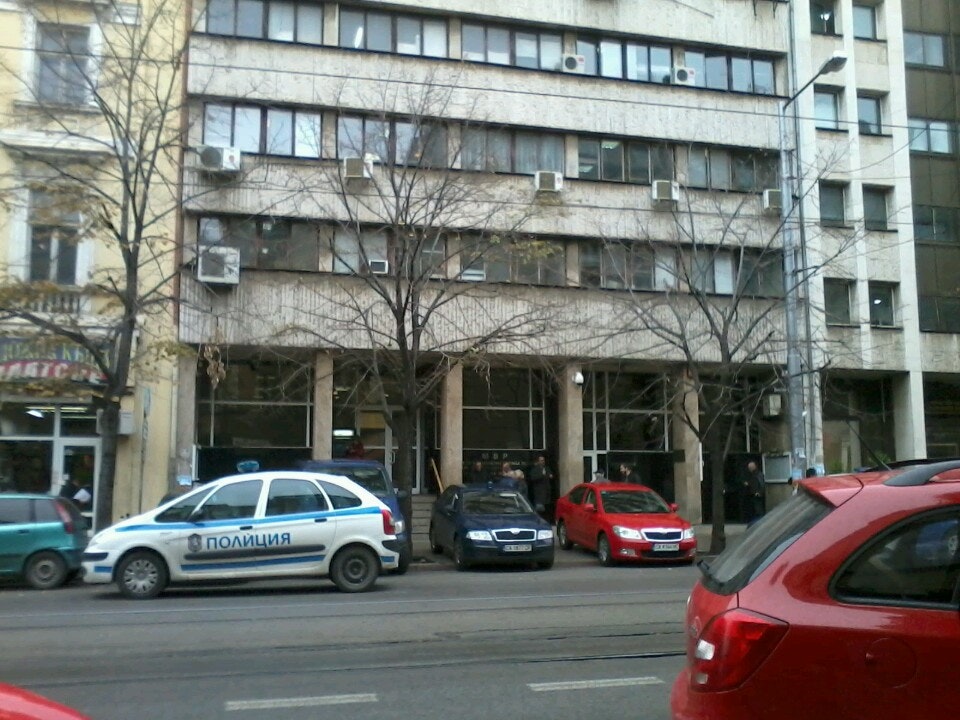 As soon as I stepped into the visa renewal office on Maria Luisa street with Faraz I immediately understood everything. It was complete chaos. There were about 20 counters arranged in a big semi-circle with transparent plastic boards separating the women working there (I can't remember seeing any men behind the counters) from the mass of foreigners. There were no queues, everyone was surrounding different counters flashing different documents. Everyone seemed stressed and frustrated, there was busy chatter, raised voices, people getting angry.

As we walked in two American girls walked past us, one of them was crying. Faraz enquired whether she was ok and her friend said that one of the women behind the counters had just ripped her friend's form up because she had made a mistake filling it in. Slightly alarmed we headed for a counter that had no one standing in front of it. The woman, well she was more a girl, looked about 20, had headphones in, was reading (or pretending to read something) and generally looking like she was making a big effort for no one to disturb her. Faraz tapped on the plastic, gave her a wave to catch her attention and so, looking very inconvenienced indeed, took one of her earphones out and gave us a 'what the hell do you want now' look. Faraz asked her for some form which she slapped on the counter before putting her headphones back in. It was quite a long form, all in Bulgarian, and after seeing the American girl I was now very worried about filling it in.

There were no notices anywhere, certainly not in English at least, no instructions on what you needed to do or what counters you needed to go to. None of the women spoke any English and were certainly not into giving out any information that might be helpful in any way. What the hell would I have done without Faraz? It was like some sort of survival of the fittest test, if you could handle the immigration office you were then deemed capable of being able to live in Bulgaria. If you couldn't work out how to get your residency card then Bulgaria wasn't for you. You had to talk to different foreigners who were at different stages of their application to try and find out what you needed to do next. After filling out about 5 different forms, some of them twice because they had spotted some kind of tiny mistake, going back and forth between the counters, squeezing in here and there, a woman finally accepted the pile of documents and forms I had amassed. Phew! That was a real challenge, I felt like I'd been in with Mike Tyson for 10 rounds. I waited for the woman who accepted my documents to give my passport a new visa stamp or something but instead she just gave me a slip of paper with a date on it that I quickly worked out was the middle of next week. I looked at Faraz confused and he again giggled and said 'almost half way now'. Almost half way? We'd been in there now for 2 hours filling out all the forms that had ever been invented. There couldn't be more surely?? 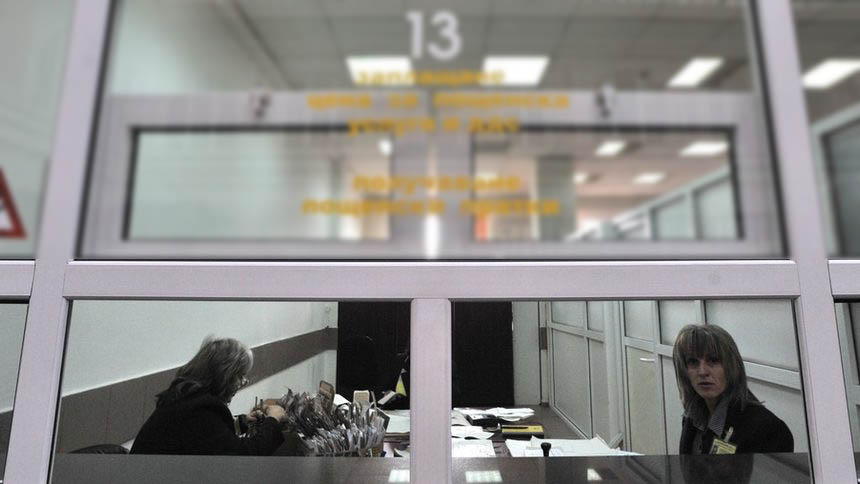 Surely enough there was more, I had to go back there twice more, although admitedly each time it did get a little bit easier. The third time I went back it was just to pick up my 5 year residency card. Feeling rather proud of myself and waiting for the woman to hand over my well-earned residency card a Bulgarian boy started shouting really loudly at one of the women behind the counters. I could catch what he was saying and that was basically saying what a disorganised hell this place was. I nodded my head in silent agreement with him and in a strange way was quite pleased that even a native Bulgarian speaker who had come to help a friend found it tough going. The woman who was the target of his frustration stood her corner however and had the audacity to shout back that no one else ever had any problems. They certainly did, it was just that no one could speak good enough Bulgarian to voice their fustrations. Besides, there was no-one to complain to and no-one to listen. To this very day, out of the very many experiences I have gone through in Bulgaria, getting my residency card in the immigration office in Maria Luisa street in Sofia is definitely the most difficult.

It was simply 'ужас'! (another great Bulgarian word without a good translation).

I just looked up the visa place on Google and it looks like some other people have had similar experiences. Hopefully its better now: